What work links you to Africa ?

My name is Carlos Litulo. I am a photographer based in Maputo, Mozambique. I started photography when I was studying Marine Biology in 1999. I started as a news photographer in the agency Agence France Presse (AFP). I worked there from 2006 to 2009. I resigned when I decided I wanted to work with editorial agencies. Now, I am represented by Redux Pictures, an editorial agency based in New York City. 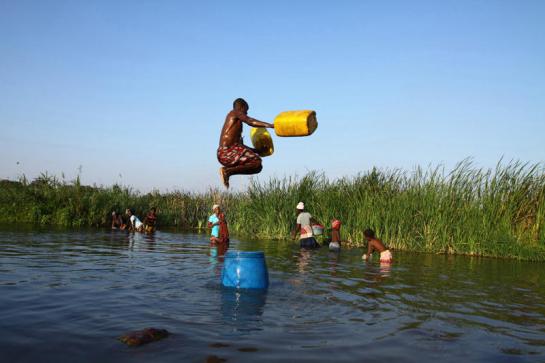 What visual gap do you see in Africa ?

There is a lot of things, you know. We have been a little bit upset seeing these traditional pictures about Africa. When people portray Africa, they show these pictures of misery, war, and disasters. But Africa changes. There is a lot of other things to be shown. For example, it is not very common to talk about the new societies we have in Africa, how Africa is doing in terms of development, even in social aspects. There is a lot to discover in African culture. In fact, I have been working a lot with artists and athletes. I did a work on an albinos skater which was published in a very big magazine in Norway. And when you talk about albinos, the only thing that comes to our mind is that they have been killed in Tanzania because they were associated with witchcraft. We have to show that there is a lot of positive stories about Africa. Untold stories.

How will you contribute to the Aday.org project ?

In the Aday project, I will try to show what is not so common and known in Africa. I have been working on a project about kids with mental disorders and disabilities. I will not show the bad side of these kids : how they suffer, how it is difficult for them. There is a center in Mozambique where they have been rehabilitating those kids by providing exercises, music and dancing sessions. I am also a trainer in this center. And on May 15th, I will be photographing them. They are very good kids, very funny. I want to show that there is a lot of positive things to say about them instead of showing those boring and sad pictures we are used to see.